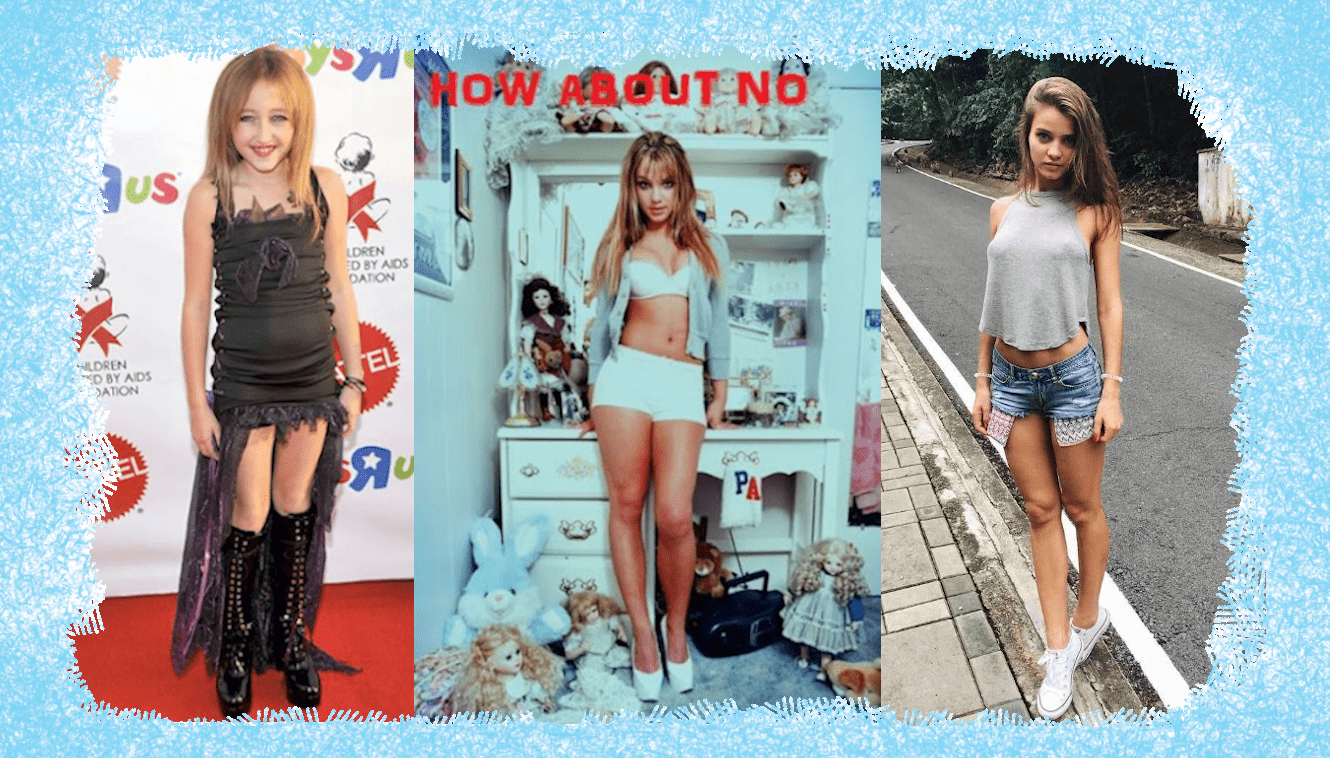 Why are some parents afraid to say, “No” to their children, even if it may harm them? I was raised in a two parent house hold with strict parents who monitored what I was allowed to wear, what music to listen to and what television shows and movies I could watch. I did not wear makeup or revealing clothes, and I was not allowed to wear jeans even though most of my peers wore them to school. I also was raised to respect myself and my body. My parents taught me that there will always be boys out there looking for sexual gratification even as young as eleven. I witnessed children having sex when I was eleven at a Halloween party that my parents’ thought was chaperoned. At the same party a group of boys found the fathers’ stash of dirty magazines. I was not allowed to date until I was sixteen and when I started dating I quickly learned from my peers that I was known as a, “goody tushu”, but surprisingly I was happy with that reputation, because the boys that I dated respected me and so did there parents. The girls that put out did not like me because they thought putting out would bring them popularity, when all it brought was a bad reputation and little respect. I felt sorry for them that they didn’t have parents who cared enough about them to protect their reputations.

My point being is that little girls should not be parading around in sexy clothing and wearing makeup. It is a gift to raise children as well as a big responsibility. If a parent doesn’t believe that letting your child dress provocatively isn’t harmful or part of the problem in promoting pedophilia and other sex crimes, then I beg to differ. It disgusts me when I see parents displaying their children as sex objects in pageants, modeling gigs and movies at the age of 9 and younger. To sell your children off to a growing perverted industry for a few dollars should be a crime. Isn’t that the real reason why our society has become so sexualized? It is all good until a child goes missing, gets molested or raped and murdered.

No matter how protective my father was with me, he was not always there to protect me. When I was twelve, we attended a family picnic with the people my dad worked with. I remember being in the kitchen and a man asking me if I wanted a soda and I replied, “yes”. After drinking the soda, I felt dizzy and had difficulty walking. The same man that gave me the soda asked me if I needed to lie down and took me to a nearby bedroom. The next thing I remembered is him being on top of me, but luckily my sister sensed something wasn’t right and ran to find a gown up for help. Before the man could do anything harmful to me, his wife stormed in the room and started yelling at him as my sister grabbed my arm and took me out of there. My point is that little girls have the right to an innocent childhood, but there will always be perverts out there praying on your sons and daughters so why let your little girl or boy draw more attention to them by letting them dress provocatively. Afterall, who pays for your child’s wardrobe?

I may have been annoyed with my father growing up, but as an adult looking back, I am grateful knowing my dad loved me enough to be a good parent rather than give in to my protests. I felt respected by the boys and men I dated throughout my life as well as my peers. I never went to an unchaperoned party while I lived under my fathers’ roof and my father always came knocking on houses and brought me home if the parents weren’t there. I was mad at the time and hated my father, but today I smile and am grateful for the way he protected me. In those days while I was embarrassed, my peers told my father that they wished their parents cared enough to know where they were. Looking back, I realize how blessed I was to have a father who loved me.

Next time you take your child or teen shopping think about the message they may be sending. Will adults see her as a sweet little girl or will they lust after her. With the decline of morality in our society, why not be part of the solution, rather than part of the problem.